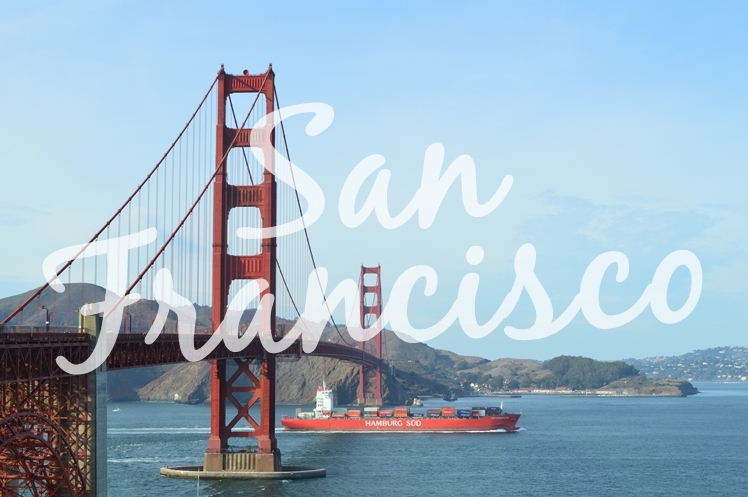 We left Oakhurst after a big breakfast on Tuesday morning to begin the 3 hour journey towards San Francisco. We arrived at around 1pm, soaking up the incredible views of the city as we drove across Oakland Bay Bridge and feeling giddy with excitement. It appeared so much smaller and far less daunting than LA with rows upon rows of colourful buildings filling the hilly landscape. The car rental drop off point was close by so we left it for the last time and walked a couple of blocks to Hotel Fusion. The hotel had a stylish, boutique feel with gorgeous, contemporary, Asian inspired decor. The room was the smallest we had been given for the entire trip (a bit of a shock after the massive room in Yosemite!) but being a stone’s throw from Union Square we really couldn’t complain.

For the rest of the afternoon we decided to go and visit Fisherman’s Wharf. The hotel staff warned us that it was too far to walk and recommended we catch the tram or a taxi but instead we trusted Google’s estimate of 40 minutes and walked like we had planned to. We prefer to explore new places on foot wherever possible, especially in a city where there is so much to see and experience at every turn. San Francisco is not at all flat so we did have to walk up a lot of steep hills but seeing as we loved soaking up the atmosphere and there was always a pretty view at the top, it was totally worth it. The weather was absolutely perfect, filled with sunshine and blue skies, warm but not as hot as LA. We stopped off at a bakery about halfway for a cookie break and took our time wandering through Chinatown, poking our heads into all the extraordinary little shops which were full to the brim of Chinese artefacts and antiques. When we arrived at Fisherman’s Wharf we made our way along the bustling bayside to Pier 39 to see the sea lions. 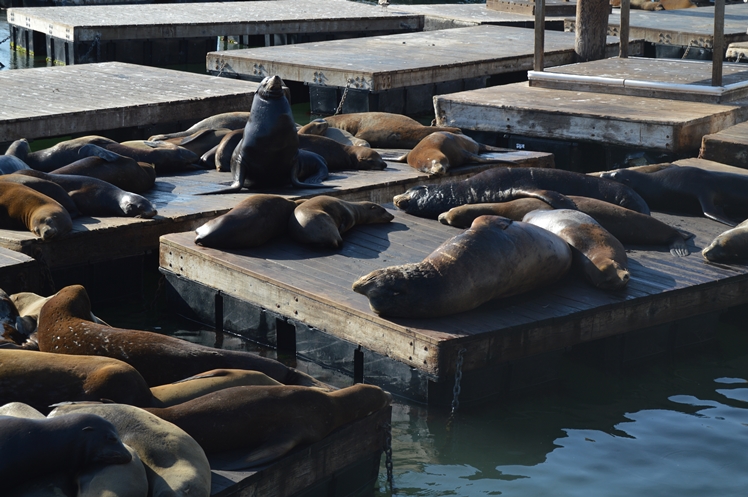 After we had spent some time sea lion watching and exploring all the little shops at Fisherman’s Wharf, we made our way back towards Union Square stopping off for dinner in a little Italian restaurant along the way. As we walked closer to the heart of the city, the buildings grew taller again and the sun had set. The streets around Union Square were alive with the hustle and bustle of people weaving in and out of each other and the shops open late. For a brief moment it reminded me of New York City, a much smaller and less dramatic version, but just for a moment it felt familiar. We enjoyed a spot of shopping, popping into H&M, Macy’s and Urban Outfitters before heading back to the hotel for the night.

We had one full day to explore as much of San Fran as possible so decided the best course of action would be to hire a tandem, and cycle a route that took us from Union Square to the other side of the Golden Gate Bridge and back again via a ferry. Our first stop was Alamo Square to see the famous “Painted Ladies” and a stunning view of the city skyline. 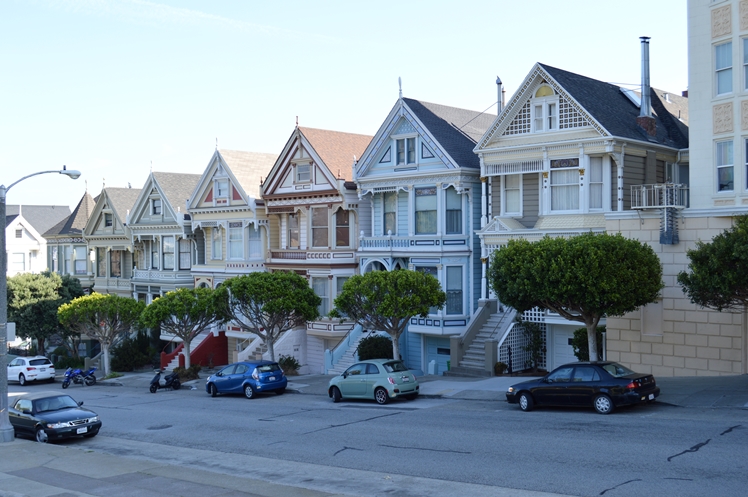 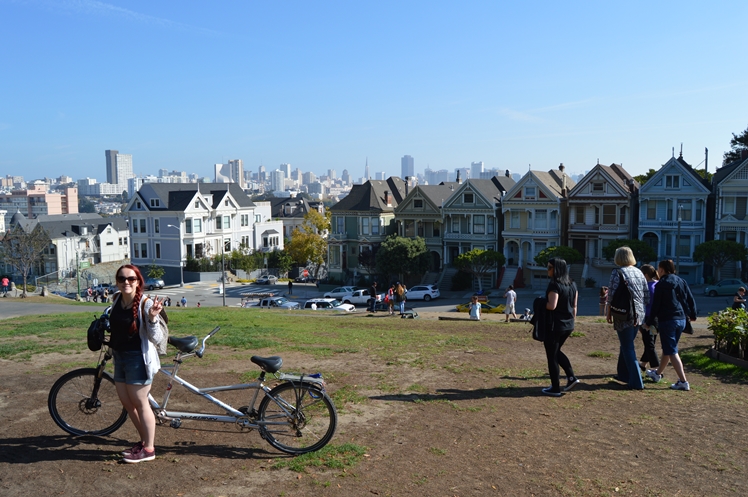 From there we made our way to Haight-Ashbury, the neighborhood known for its history as being the centre of the 1960s hippie movement. We wandered the colourful streets, that reminded me a little bit of Camden Town in London, and browsed the countless amount of vintage shops. The district had a pretty cool vibe and was on our list of places we wanted to go while in the city but we didn’t need to spend a huge amount of time there. After a delicious smoothie we continued a few blocks towards Golden Gate Park. The park is 3 miles long, perfect for exploring on a bike, and reminded me of Central Park in New York. There were so many things to see and do but we decided to stop off at the beautiful Japanese Tea Garden. 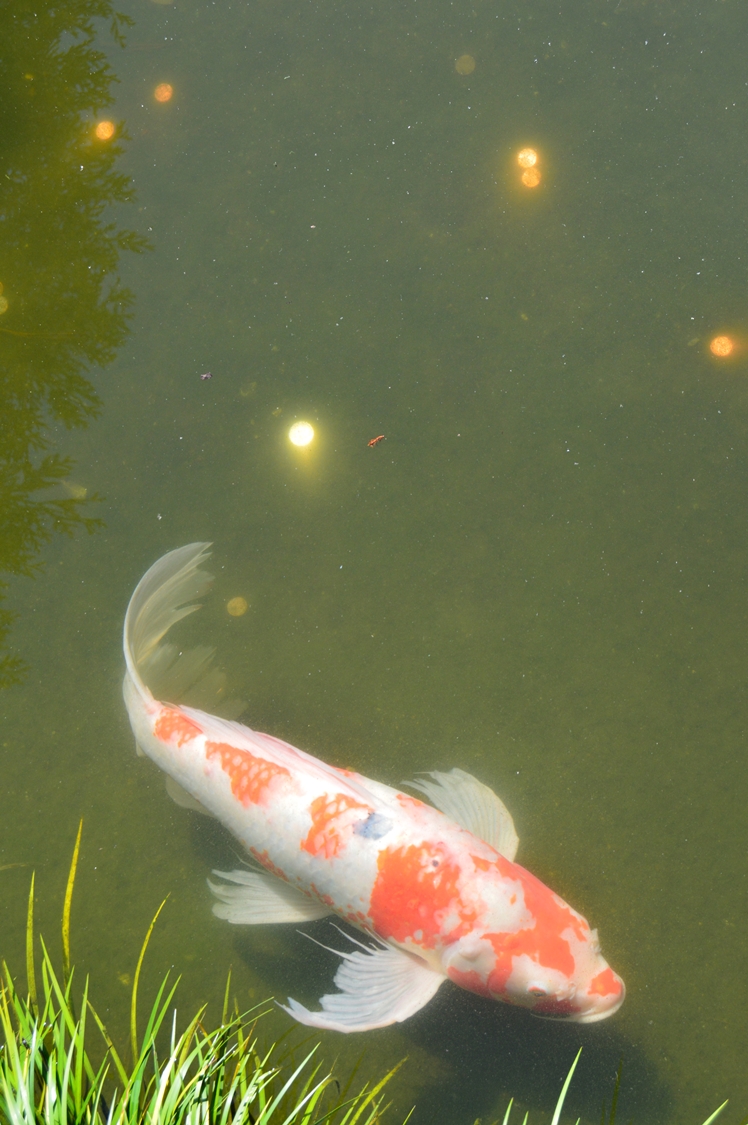 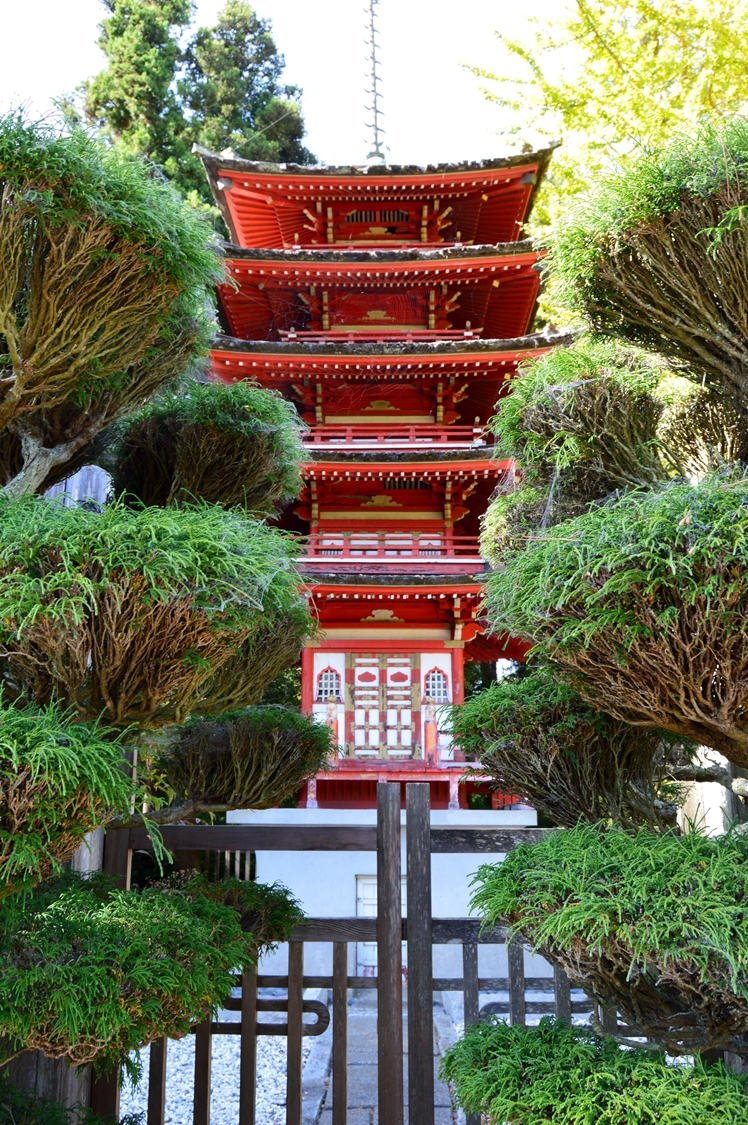 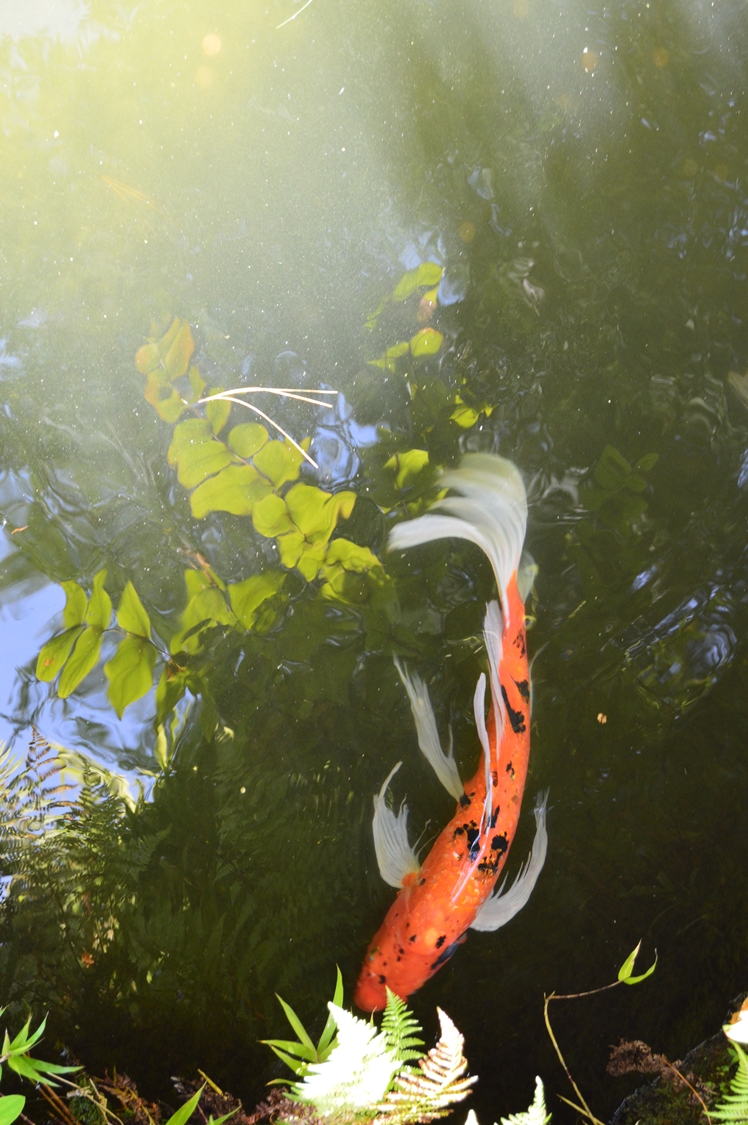 After green tea and pancakes we carried on through the park on a route that would have taken us to Ocean Beach and along the coastline to the Golden Gate Bridge. Unfortunately for us we ended up with a flat tyre and had a rather traumatic time pushing the tandem out of the park and up and down the steep streets to the nearest bike shop, which wasn’t very close at all. An hour or so later the bike was fixed and we took a shorter route towards the Golden Gate Bridge, to make sure we arrived with enough time before sunset. After all the panic and worry, all we could really do was laugh about the flat tyre incident and marvel at the insanely beautiful architecture that lined the streets as we cycled through the city. We eventually arrived and gazed in amazement over the water before making our way across the windy bridge. 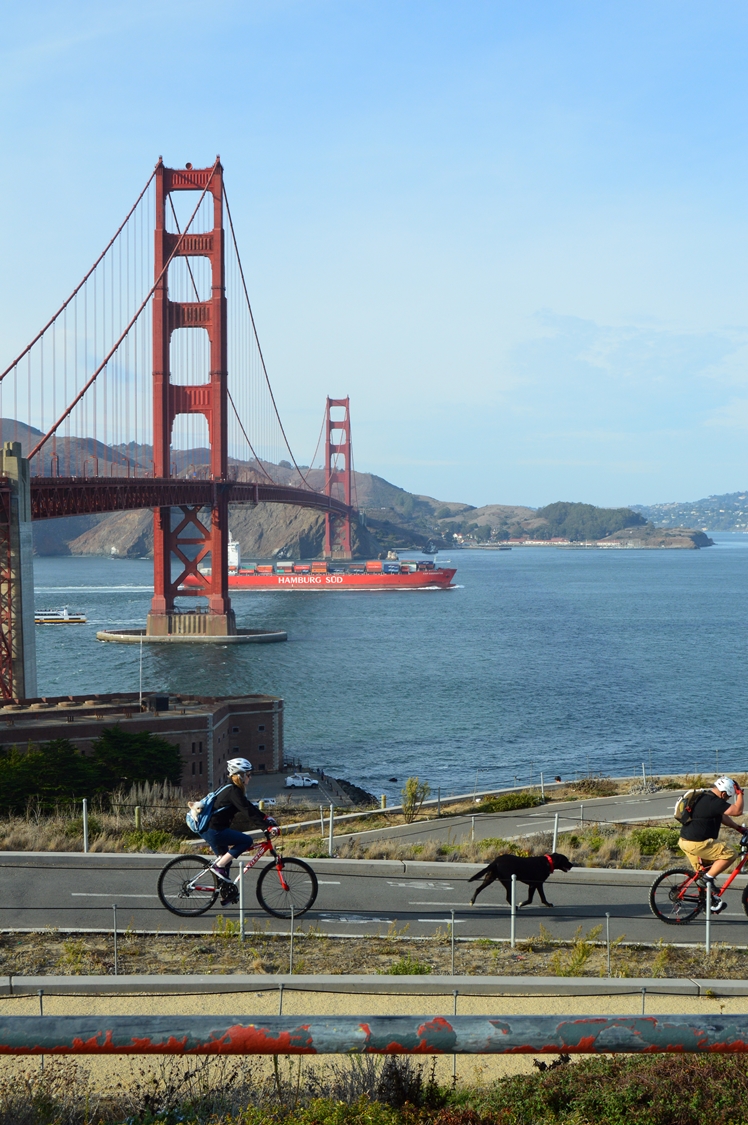 On the other side of the bridge we visited the picturesque little city of Sausalito, where we stopped for a fancy dinner along the harbourside (our final evening meal of the honeymoon!) before hopping on to a ferry back to San Francisco. By then it was dark and we had the most breathtaking view of the city skyline in all its bright lights. It was pretty much the most satisfying way to end a day of adventuring around the city and a perfect final night to our honeymoon.

The next morning we packed up our belongings and had one more stroll around the shops along Market Street and Union Square. We finished up with a hearty lunch at The Cheesecake Factory before bidding our final farewell to San Francisco.

*99% of these beautiful photos were captured by my husband, George Selman.

And this is where the honeymoon diaries come to an end. It may have been 6 whole months since our epic road trip adventure, but I’m kind of glad I spaced these posts out so much since I’ve massively enjoyed sorting through all the photos and reminiscing about everything we experienced. California totally blew my mind and I’m forever longing to go back. I hope that someday we’ll be lucky enough to return. Here are all the honeymoon posts in chronological order, in case you missed any of them!

This site uses Akismet to reduce spam. Learn how your comment data is processed. 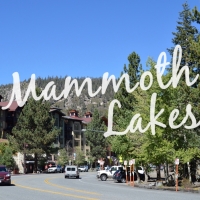 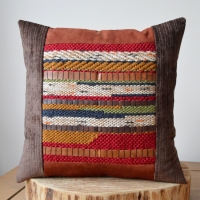